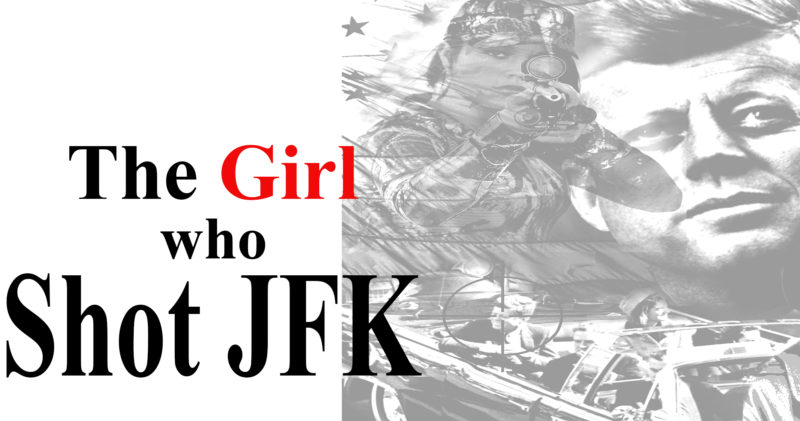 History repeats itself, first as a tragedy, second as a farce. -Karl Marx

This is the amazing story of a beautiful Cuban girl who becomes an assassin for Fidel Castro and the Mafia after she is forced into prostitution as a virgin, deflowered by JFK at a brothel in Havana and ultimately gets her revenge from an office window in Dallas.

Welcome to The Girl Who Shot JFK.com. This site reveals startling new secrets about the death of President John F. Kennedy. The story is based on actual events as told by the assassin’s own daughter.

Without question, there was more than one shooter in Dealey Plaza, but none as deadly accurate as the girl who shot JFK.

The girl who shot JFK was one of the most mysterious figures to emerge from the Cuban revolution. Her true identity was known by only three people: Fidel Castro, Jack Ruby and her daughter, Lourdes.

“My mother said she’d get him, and she did. He raped her in Havana when she was just sixteen… him and one of his rich friends. She got him, too.  Just a few weeks after she shot Kennedy in Dallas, she killed his rapist buddy in Miami. She’s no murderer…she’s a warrior, a soldier fighting for Cuba. Kennedy and his friend got what they deserved.”  -Lourdes (daughter of the girl who shot JFK)

The girl who shot JFK was a 23-year-old Cuban agent named Pilar, last name unknown. She fought in the Cuban revolution as a lone-wolf sniper. She was not assigned to an army unit. She reported directly to Fidel Castro. She was free to kill at will. Her targets were military officers and high ranking officials of the Batista government. She was one of the most mysterious figures to emerge from the Cuban revolution. Her true identity was known by only Fidel Castro, Jack Ruby and her daughter, Lourdes.

After the revolution, Pilar was chosen to be part of a super-secret espionage team within Cuba’s Direccion de General Inteligencia, Cuba’s version of the C.I.A. Pilar was one of a handful of special agents, trained in Russia by the KGB, given new identities that could not be traced back to Cuba, then sent to the United States as part of Castro’s first line of defense against American aggression.

The assassination of Fidel Castro had been an obsession of every American president since Dwight D. Eisenhower. The American government spent more than $100 million and tried more than 630 times to kill Castro. Every attempt failed. Castro had spies everywhere. He knew when they were coming to kill him, and he was waiting for them. 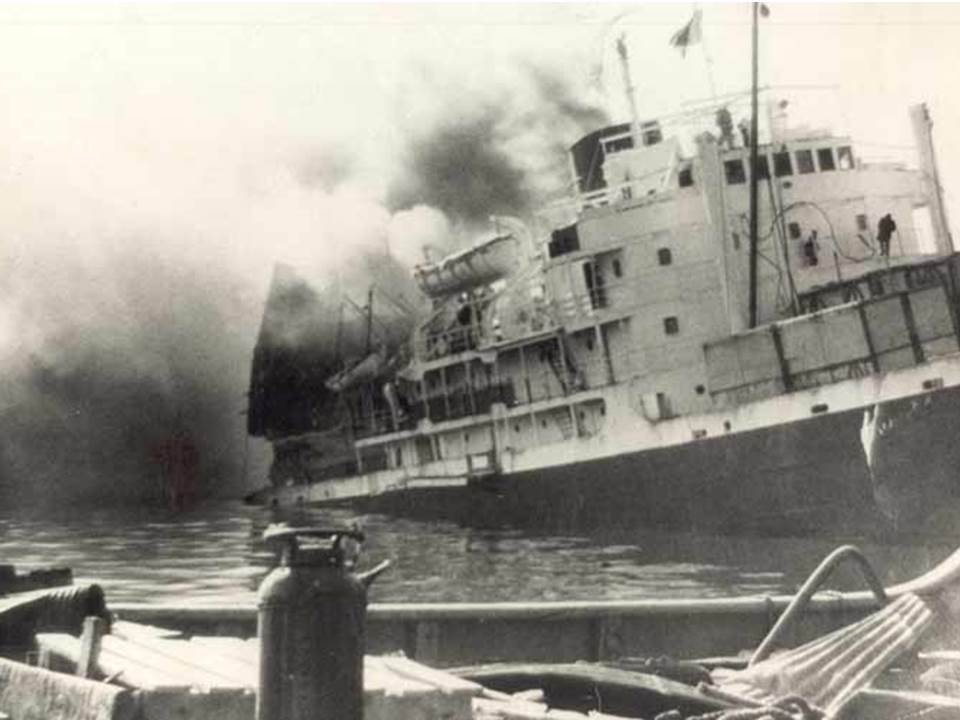 Following the explosion of the freighter La Coubre in Havana Harbor in 1960, Castro sees the handwriting on the wall. The U.S. will do anything to undermine his regime. If he is to survive, he will have to fight back, but it will have to be in secret. The U.S. is itching to invade Cuba and kick out Castro. Any overt act of aggression on Cuba’s part is all the U.S. needs. Castro proves to be much smarter and more ruthless than his American adversaries.

When John F. Kennedy is inaugurated President in January, 1961, the situation gets progressively worse. JFK and his brother, Attorney General Robert Kennedy, embark on an aggressive series of sabotage attacks on Cuba as part of Operation Mongoose. Castro has had enough. Kennedy must die, but there can be no evidence of Cuban involvement. 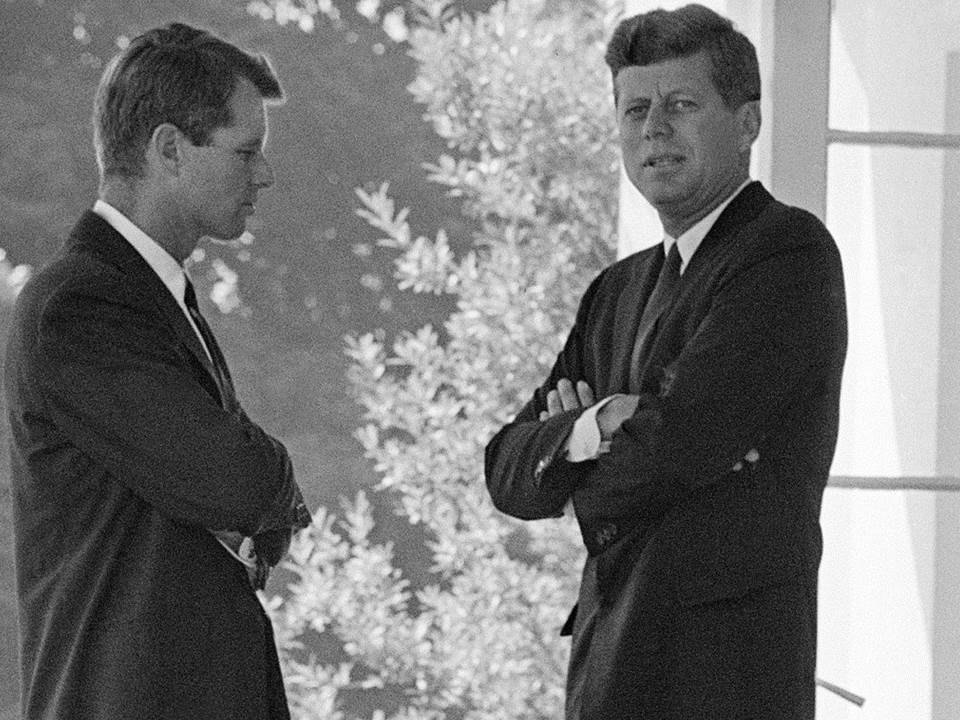 Dumb and dumber. Like Wily Coyote, JFK and his brother, Robert are constantly hatching crazy plots to kill Fidel Castro. They all fail, making the Kennedy boys look like a couple of bungling amateurs.

Castro closely follows the 1960 presidential election, hoping that JFK will win over Nixon. As bad as JFK is, Nixon is much worse in Castro’s mind. If JFK had actually served as president, things might have turned out differently. JFK has much more important things to do than be president, namely the sexual conquest of women. That is first and foremost on his mind, so JFK unofficially abdicates in favor of his little brother, Bobby Kennedy.

Robert Kennedy is an arrogant little bully who has no compunction about trampling on the rights of others to get what he wants, a quality he amply exhibits while serving as chief counsel for the McClellan Committee in 1957. He believes that taking the 5th Amendment is an admission of guilt, for which he is severely rebuked by none other than Earl Warren, Chief Justice of the Supreme Court.

Robert Kennedy proves to be so inept at being chief counsel for a Senate committee that his big brother, John, appoints him Attorney General. So what does Bobby do? He gets involved in affairs of state. During the Bay of Pigs fiasco and the Cuban missile crisis, Bobby Kennedy serves as senior advisor to the president, even though he has neither the experience nor temperament to be offering advice to the President of the United States, especially when he’s supposed to be serving as Attorney General.

From the moment he is appointed Attorney General, Robert Kennedy is laser focused on two topics: bringing down the American Mafia and getting rid of Fidel Castro.

Castro knows that he will have to get rid of the Kennedys before they get rid of him. But how to do it without starting a war? The safest way for Castro is to get the the American Mafia to do it. They have as much reason to kill the Kennedys as he does, and they’re really good at killing people.

Castro is a great manipulator. He’s confident he can get the mob to do his dirty work. In his mind, they’re a bunch of fools that will make the perfect pawns in his chess game. And they will be aided and abetted by their idiot cousins, the C.I.A., who will pick up the tab for the whole thing. In effect, he is having American taxpayers pay for killing their own president. 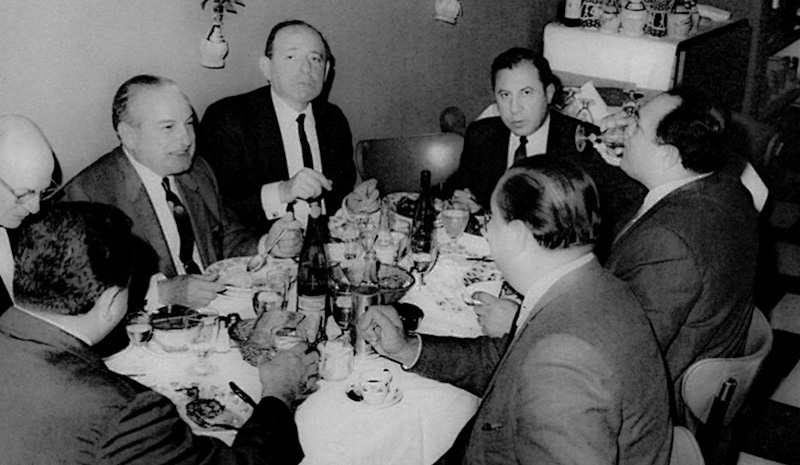 Carlos Marcello and the boys talk about the Kennedy problem over lunch at Mosca’s Restaurant.

Pilar is sent to New Orleans to infiltrate the Carlos Marcello organization and use their contacts and resources to organize a plot against Kennedy. With her good looks and killer instinct, it was surprisingly easy. The mob wanted to get rid of Kennedy in the worst way, and that made Pilar’s job that much easier. 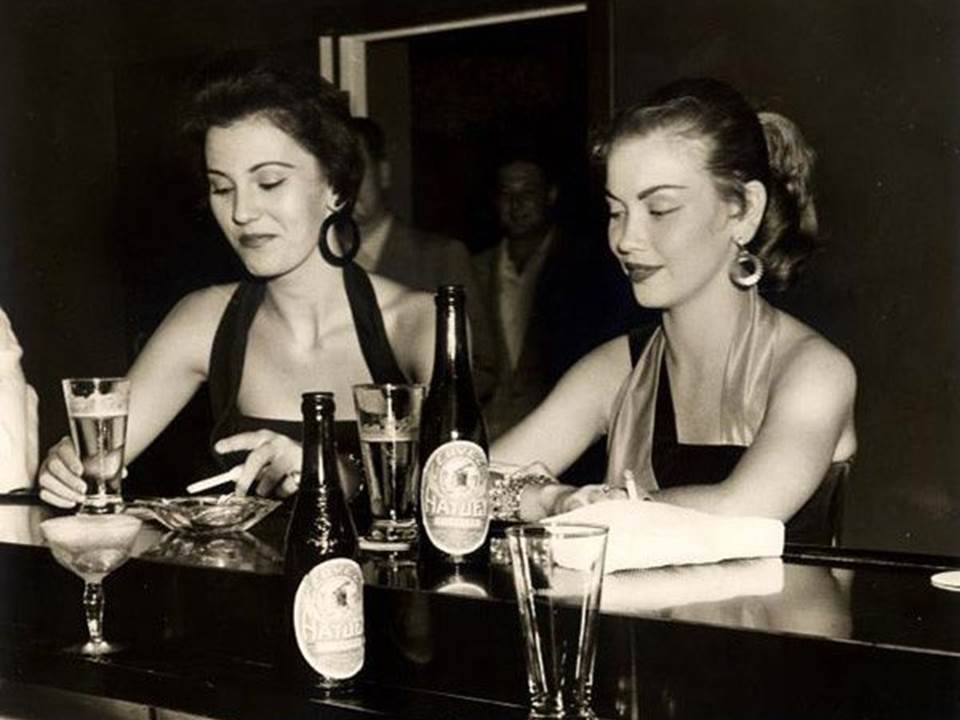 In April, 1963, Pilar goes to New Orleans to infiltrate the Carlos Marcello organization.

The list of people who want to kill Kennedy practically goes around the block. JFK and his brother, Robert, have made bitter enemies of some of the most powerful and ruthless entities on the planet. Chicago mobster Sam Giancana; New Orleans mobster Carlos Marcello; Miami mobster Santo Trafficante, Jr.; union boss Jimmy Hoffa; KKK leader J.A. Milteer; anti-Castro Cubans out to avenge the Bay of Pigs fiasco; big oil wanting to protect the oil depletion allowance; the industrial-military complex hoping for war in Southeast Asia; the C.I.A., trying to protect its power; Lyndon Baines Johnson, the man who would be president. They all want to kill Kennedy, and several of them – acting independently and/or in collusion with others – have assassins in Dallas on November 22. 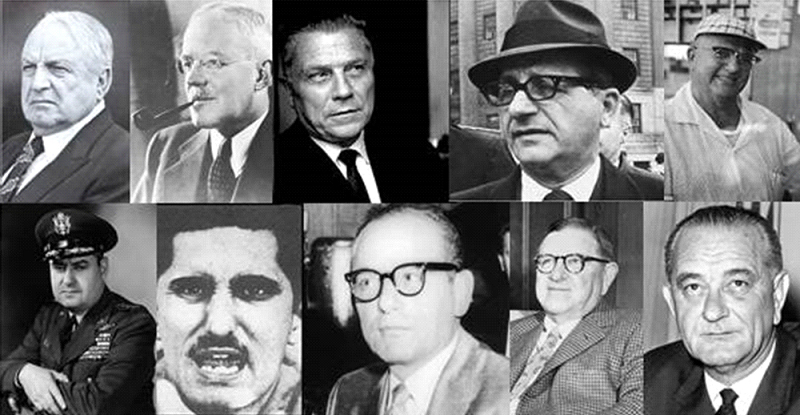 Pilar is one of the assassins Carlos Marcello hires to kill Kennedy in Dallas. But this will not be Pilar’s first attempt on JFK’s life. She had tried to poison him in 1962 during a sex orgy that also involved Marilyn Monroe in Frank Sinatra’s cabin at the Cal-Neva Lodge in Nevada. During the wild, drunken party, Pilar slipped poison into JFK’s drink, but someone else accidentally drank it and dropped dead from an apparent heart attack. (They took the man’s body out through a tunnel in Sinatra’s cabin to another room where the body was later discovered by a hotel maid.) The Secret Service was totally unaware of this near miss on the President’s life. 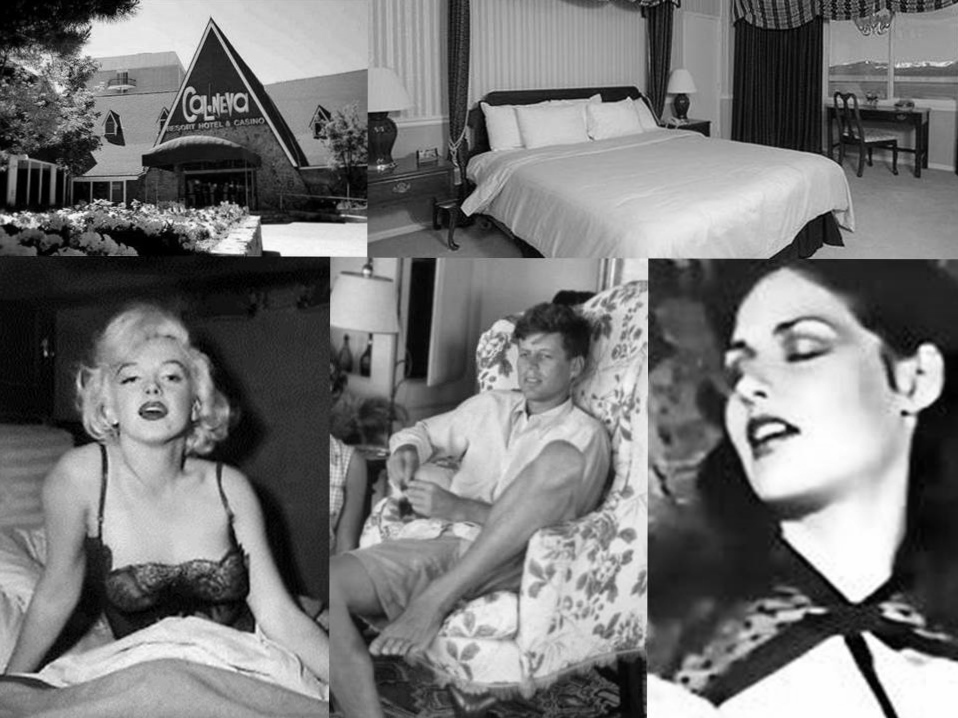 The Cal-Neva Lodge was the scene of a wild sex party in 1962 when Pilar tries unsuccessfully to poison JFK.

Of course, Marcello would never have hired Pilar had he known she also was working for Castro. There was no love lost between Marcello and Castro. In fact, the two of them also wanted each other dead, and tried several times to make it happen. It’s only fitting that their strange relationship be a part of this bizarre story. It’s just one of many (like having the same group of people in the C.I.A. and the mob plotting to kill both JFK and Castro at the same time). As the old saying goes, you can’t make this stuff up.

Pilar is beautiful, intelligent and talented. Her mother was a well-educated Italian-Jew who was forced into the sex trade in Havana through a series of very unfortunate and untimely events at the beginning of World War II. Pilar’s father was reputedly Ernest Hemingway.

Not only is Pilar a battle-hardened killer, she also is a talented artist. This provides her with an excellent cover that is particularly advantageous in 1963 Dallas where an ambitious fashion industry is flourishing on the west end of town near Dealey Plaza. 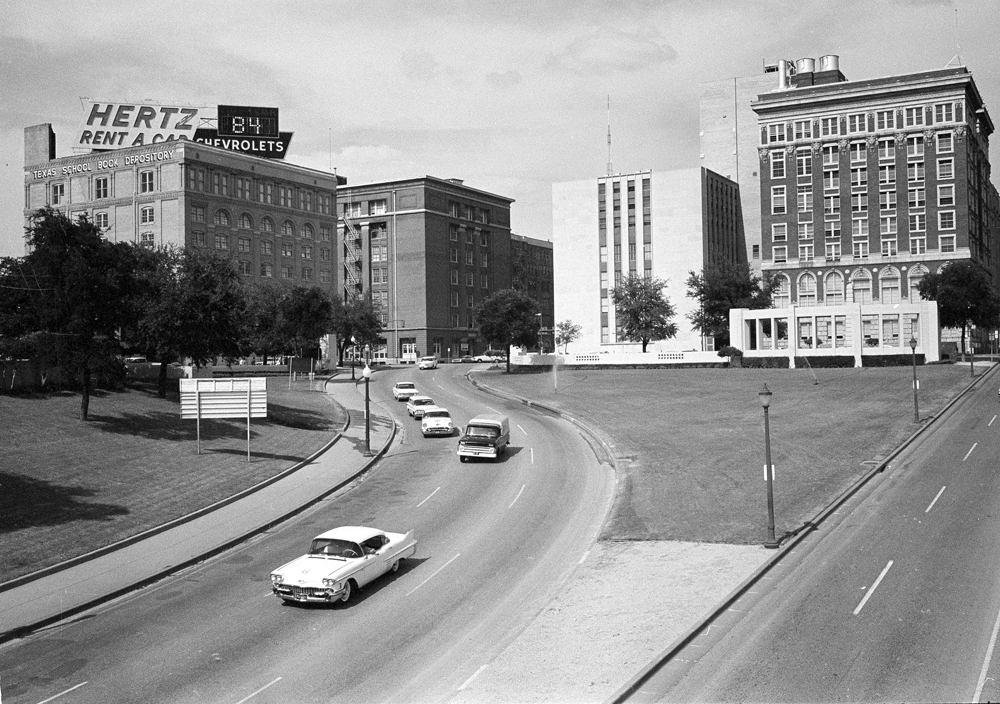 The fashion industry was flourishing on the west end of Dallas near Dealey Plaza, and that provided Pilar with an excellent cover.

Pilar is motivated by more than just politics. She has a personal score to settle with JFK stemming from a traumatic incident at the Casa Marina brothel in Havana when she was sixteen years old. Like her mother, she had been forced into prostitution in Havana while she was still a virgin. It was JFK who had deflowered Pilar, while his good buddy Grant Stockdale cheered him on. It was a shameful and degrading experience for Pilar. When she swore to get revenge, JFK laughed and mocked her. And when they met again at the Cal-Neva Lodge in 1962, JFK didn’t even recognize her. She was good for only one thing to him, and when he was finished with her, she was invisible.

Now, being invisible is a good thing, and she’ll use it to her advantage. She is determined not to miss this time if she gets the opportunity. She likes her chances. She has a good plan in place.

It is early November, 1963, and Pilar is living and working in Dallas. She has a small apartment in a quiet neighborhood on North Marsalis in Oak Cliff. It’s a short drive to her office in the Dal-Tex Building in Dealey Plaza, where she is posing as a freelance fashion designer, creating her own line of women’s boots under the name of Lana DiOrio Fashion Footwear. Her office is on the third floor facing west, looking out over Dealey Plaza. Her sniper’s rifle is hidden in a secret compartment of the four-drawer file cabinet on the wall next to the door.

Pilar doesn’t know it yet, but she has chosen an apartment that’s very close to where Lee Harvey Oswald lives, and just a few blocks from the Texas Theater where they arrest Oswald on November 22.