The Secret.
As told to Mark Pittman 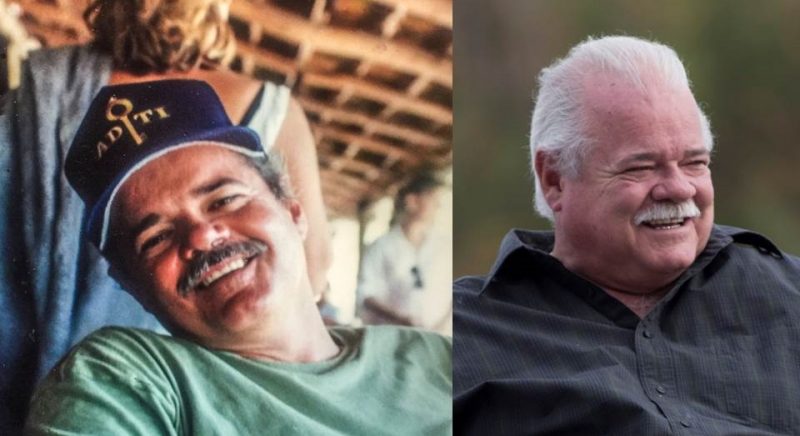 Mark Pittman was a fun-loving bachelor in 1995 when he went to Cuba in quest of nothing more than a good time. Nearly 25 years later, he’s telling the remarkable story of the girl in Cuba who told him how her mother shot JFK.

I remember when I first heard Dick’s (Richard’s) story, about the day Kennedy was shot, and learned that he actually knew Jack Ruby. It was 2016, and we were at Pappadeaux Seafood on Westheimer in Houston, reminiscing about the good old days. It was a good story, all right, but I had one even better…and it was sort of related to his story.

I said, “Listen to what happened to me in Cuba.” It was 1995 that I was in Havana for four or five days with two friends, one American and one Mexican. My Mexican amigo had been to Havana numerous times, so he already knew where all the best places were. I think we hit them all.

Cuba was incredible. There were gorgeous women everywhere, plus there was the novelty of going back in time to a country with pure 1950’s memorabilia. 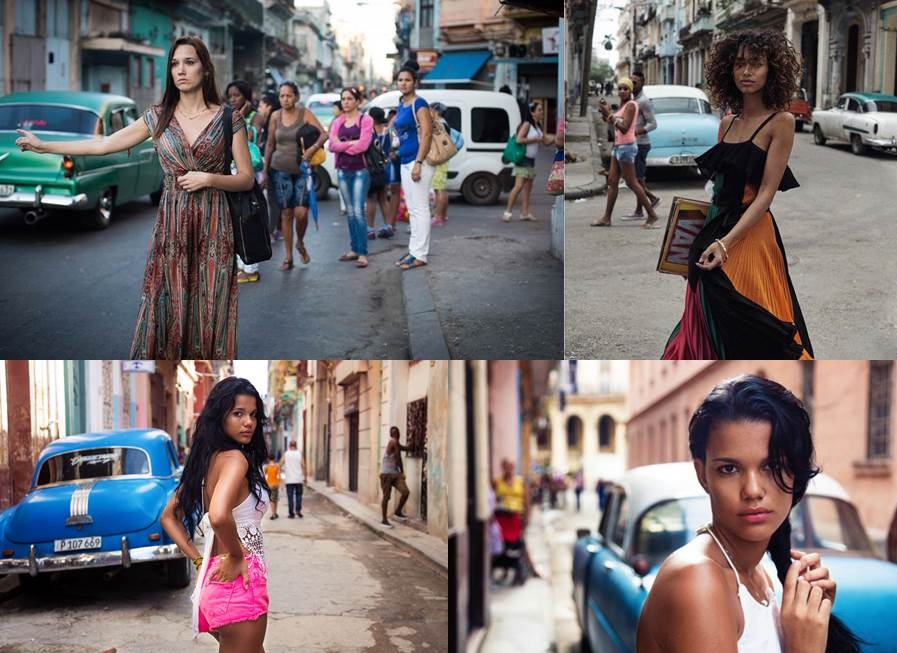 Mark Pittman and two friends went to Cuba in 1995 just for fun. Beautiful women were to be found everywhere.

I drank mojitos in La Bodeguita del Medio and Daiquiris in the Bar Floridita while sitting on Hemingway’s bar stool. I rubbed shoulders in a night club with Raul Castro and filled my glass with rum where Meyer Lansky and the mob drank in the Hotel Nacional. Cuba for me was a paradise, and I wanted to drink it all in. 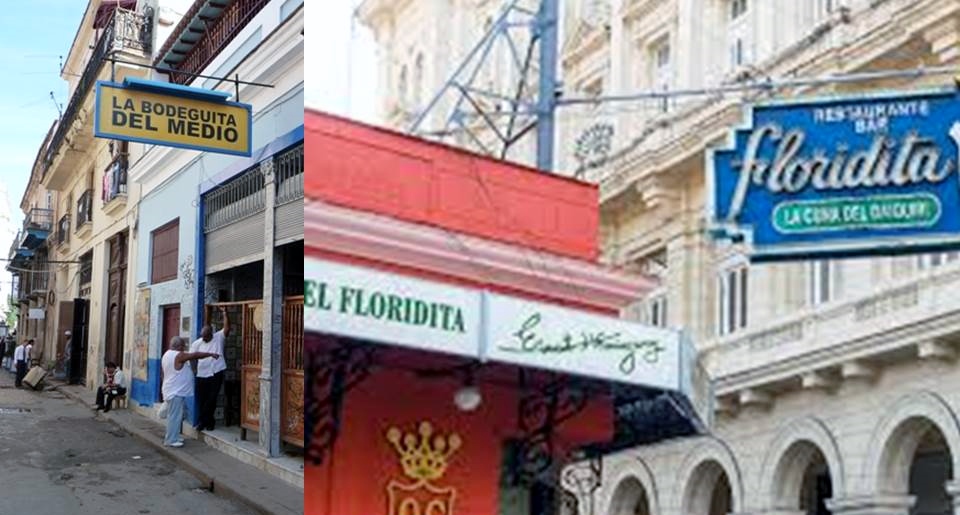 Ernest Hemingway has always been one of my favorite writers. He had the reputation of a man who lived life to the fullest in those days of war and revolution. So when I came to know a girl who claimed Hemingway as her grandfather, naturally I wanted to know as much about her and her life as possible. Fortunately, I speak Spanish, because she spoke very little English.

Mark Pittman drank Daiquiris at the Bar Floridita while sitting on Ernest Hemingway’s bar stool (before they put a statue on it).

Here’s how the story goes.

It was our last night in Havana, and my two friends and I had spent all our time together, barhopping and chasing women. I think we were getting tired of each other, so we decided to go our separate ways for the evening.

About 8:00 p.m., I left our hotel, the Habana Riviera, hoping to find a local hang out. I told the taxi driver to take me someplace where I could meet only Cubans, no tourists. The evening had started around 5:00 p.m., during “Happy Hour,” so by 8:00, I was feeling no pain.

The driver took me to a dance club about a half an hour from the hotel, in a neighborhood far removed from the tourist traps around the main square and Malecon district. I had no idea where I was.

When I arrived at the club, there were men and women waiting outside to go in. The doorman told me if I wanted to go into the club I had to invite one of the ladies to go in with me. I asked him why. He told me that they wanted the ratio of men to women to be the same. He explained that you don’t have to stay with the lady after you’re in the club. You’re free to switch around at will.

So I invited one of the girls to accompany me and paid the cover charge for two people. We sat together for just a short time before we both decided to split up. I danced with two or three women that didn’t particularly light my fire, had a drink with a couple of other uninteresting ladies and was about ready to chalk the night up as a complete dud, when I saw this beautiful thing standing at the bar. She was probably in her mid-20s, smoking a cigar, and casually chatting with an older man. She had short brown hair, brown eyes and incredible red lips.

I made my way over to the bar and ordered a drink. I asked the man if he would mind if I danced with his girlfriend. She promptly interjected that she wasn’t his girlfriend, and she was free to dance with whomever she chose, and, yes, she would like to dance. She left her cigar burning in the ashtray on the bar, took my hand and led me to the dance floor.

As we were dancing, I told her I was an American. She was surprised. She asked me how I had managed to get into Cuba. When I explained I had come through Mexico, that seemed to suffice, and we quickly moved onto a topic that interested her more: herself.

As I recall, her name was Lourdes, or something like that. I was sort of lost in her luscious lips. They were beautiful, but unfortunately, all she wanted to do with them was talk. Lucky for me, she had some very interesting things to say.

We found a table, and I ordered mojitos. The more we drank, the more she talked. She began to tell me more and more about herself and her mother. Turns out, she didn’t really get to know her mother until she was a young teen. Her mother was away in the service, and Lourdes was raised in a boarding school. Her mother would come back, stay a few months, then leave again.

The conversation was getting tiresome, and just as I was about ready to leave, she mentioned that her grandfather was Ernest Hemingway. That piqued my interest.

“What? Ernest Hemingway was your grandfather?”

She went on to explain that Hemingway met Helena, Pilar’s mother, when he was house hunting in Cuba in 1939. Helena was a taxi dancer at one of Havana’s famous dance clubs. According to Lourdes, he and Helena fell madly in love. They planned to get married, but before they could do so, Hemingway went away to war. I guess Lourdes didn’t know that Hemingway was already married at the time, and probably had no intention of marrying a Cuban prostitute, but I wasn’t about to ruin Lourdes’s story by injecting the truth.

You could tell that this girl was really proud of her mother. She went on to tell me how Pilar accidentally got caught up in the revolution during a gunfight in front of Jose Echeverria’s apartment, and how she killed some policemen who tried to rape her, and how she met Celia Sanchez who took her to the mountains where she met Fidel Castro and Che Guevara, and was given a special assignment by Fidel Castro himself.

Her story was almost as fascinating as those luscious lips, which I couldn’t take my eyes off of. Then something came out of them that nearly blew me away. By now, we had had about 6 drinks each, and her lips were getting looser with each one. Just as she finished the drink in her hand, she lit a cigar and leaned in close to whisper something.

“My mother killed your president,” she said with a slurred whisper.

My first thought was, “She killed Clinton?” (Clinton was president at the time.) And I replied, “When?”

I was too stunned to say anything.

“And I’m glad she did,” she continued. “He wanted to kill Fidel.”

I looked around the room suspiciously, wondering if the Cuban Secret Police might be listening in, and thinking, “Is this just drunken bullshit, or could this be true?” I wanted to hear more, but this didn’t seem like the right venue. I suggested we leave and go get something to eat. She told me we could eat at her place, and she got up to leave.

She hailed a cab that took us to her apartment. It was a well-kept building in a fairly nice part of town. I remember the building being about 6 or 7 stories, and she lived on the 5th the floor. I remember that part well, because the elevators didn’t work, and we had to walk up five flights of stairs.

When we entered her apartment, I was surprised to see an elderly couple watching TV. It was well after midnight. She really didn’t seem to think it was important to introduce me and just grabbed my hand and led me back to her bedroom. She told me that the people were family members visiting her for a while.

There was a picture of her mother on the bedroom wall. She was dressed in full revolutionary fatigues holding a scoped rifle. There were also the obligatory pictures of Fidel Castro and Che Guevara. Then there was this really bizarre painting of a woman dressed as the grim reaper standing in a cane field holding a severed head on a string floating above her head like a balloon. Lourdes proudly told me her mother had painted the picture. She also had painted many others that a collector in Spain had bought, and that she had once met Salvador Dali. She told me her mother was inspired by the work of Frida Kahlo.

“Yeah, yeah, that’s interesting,” I’m thinking to myself, “but tell me more about your mother killing Kennedy.”

Suddenly, Lourdes kicked her shoes off and fell back on the bed. She started to nod off to sleep.

“Aren’t you going to tell me about how your mother shot Kennedy?” I asked.

“She was hiding in a building and shot him in the car,” she mumbled sleepily as she started to nod off. She motioned weakly to the night table. “They give her this medal.” Then she closed her eyes and fell fast asleep.

I didn’t see a medal on the night table. I opened the drawer, but still no medal. Maybe the medal existed only in her mind. Maybe her story did, too. Who knows?

Lucky for me, she woke up a short while later and woke me up. I spent the rest of the night there and part of the next day. She wasn’t quite as talkative without the liquor in her, but I still managed to piece together more of the story. I was a bit surprised about how nonchalant she was when she talked about her mother’s killing. Apparently, she killed a lot of people, not just JFK. If you believe the story Lourdes told me, Pilar was responsible for the deaths of Grant Stockdale, Guy Bannister, Sam Giancana, Johnny Roselli, Dorothy Kilgallen — and possibly Robert F. Kennedy!

Lourdes told me that her mother was still alive and living somewhere in the U.S. She had no idea what city she was in or what she was doing. It had been more than two years since she last heard from her.

Late that afternoon, I left Cuba and was suddenly jolted back into the real world of 1995. I wonder to this day about her story. I’ve tried several times to contact her, but haven’t had much luck. Now that it’s legal for Americans to travel to Cuba again, I plan to go back and try to locate her as soon as I’m well enough to travel. The way she was smoking those cigars, she’s probably dead from lung cancer by now. That’s what got Fidel Castro.